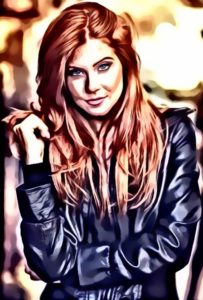 Background: Val has lived in Seattle her entire life, raised primarily by her dad after her mother took off for Canada, then parts unknown, to protest the Gulf War. She enlisted in the Army after high school, where she served as one of the first female squad leaders. Her sister’s tragic suicide when they were both in high school motivated Val to start Valentine Investigations after she separated from the military.

Beneath the Surface: Val is tough but also vulnerable, someone who’s come to uneasy terms with her strange ability through a mixture of steeliness and sass. She has an almost pathological need to bring bad guys to justice, no matter how much she may suffer in the process. She’s crushed when she fails, can be prone to self-destructive behavior as a result.

One thought on “Character Portrait: Val”