Do you believe there’s a difference between a romance and a love story? I do – but do you? And, more importantly, are you a romance girl or a love story girl (or dude…I use the term interchangeably)?

The Romance Writers of America can help us out here! Their definition of a romance is a story with “a central love story and an emotionally satisfying and optimistic ending.” It follows that any story which doesn’t conform to these two elements is not a romance. “Love story” implies the primary plot is focused on love, so the difference is the HEA.

What about the first 50 Shades of Grey? That one doesn’t have an HEA. It follows the same couple, Christian and Ana, through two more books of their romantic misadventures. In fact, some would argue there’s no love story, either, as Christian displays what many consider stalking and abusive behavior throughout the series. Is it a romance, a love story, or neither? 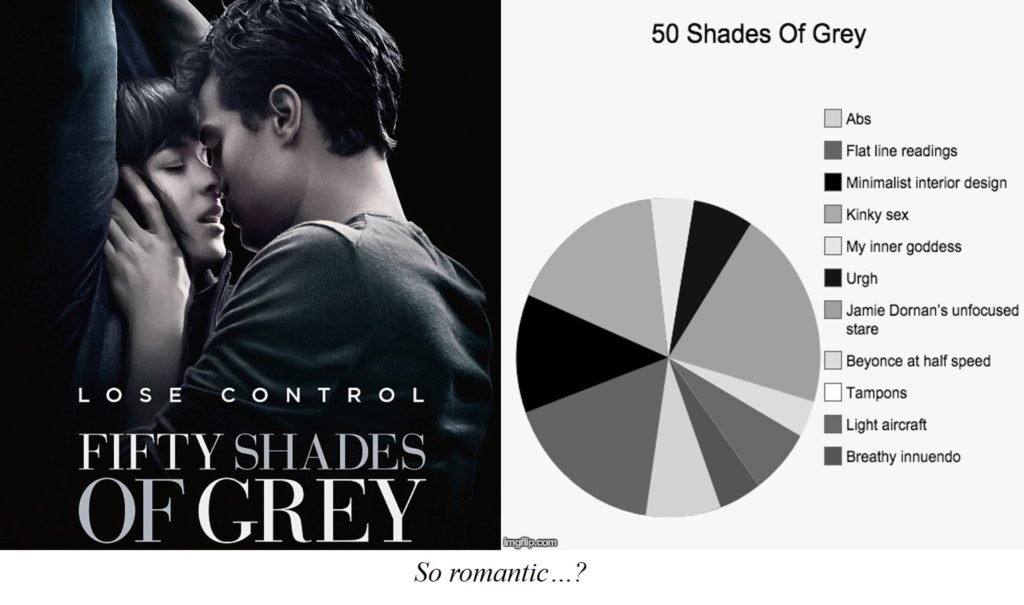 What about Out of Africa, a movie adaption of a book starring Robert Redford and Meryl Streep as two ill-fated lovers in the early 1900s and described on Wikipedia as an “epic romantic drama?” That story doesn’t have an HEA, either. You could also argue it’s more about a woman’s voyage of self-discovery than a love story.

How about Me before You? Romeo and Juliet? Eternal Sunshine of the Spotless Mind? Casablanca? Gone with the Wind? All centered on love, but none of them fit the definition of romance.

The first novel in my Valentine Shepherd series, Vengeance, ends with a major plot twist that pushes the two main characters apart after they fought so hard for love. It was hard to write! But like the 50 Shades series, it follows the same couple through two more books, and (spoiler?) they eventually get their HEA in the final story, Reckoning. Does this mean Vengeance isn’t technically a romance, but the whole series is?

In the end, it comes down to what you, the reader, believe a “romance” should be. I think the RWA’s definition of romance says more about the people making the definition than it does about the actual genre.

Personally, I don’t like the idea of being characterized as “not romantic” because I can be satisfied with ambiguous endings more complicated than “And then they lived happily ever after.” I think if a couple is blissfully married for fifty years, and then one of them gets hit by a car and dies, that shouldn’t discount the previous romance they experienced together. Everybody dies. Everything ends. Hell, one day the sun will swell into a red giant and swallow the earth. Why should these facts of life mean that romance isn’t possible for any of us in the real world? 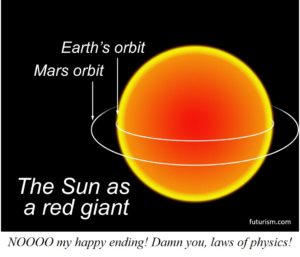 I guess this means I’m a love story girl – it’s more about the journey than the HEA for me. Which is it for you? 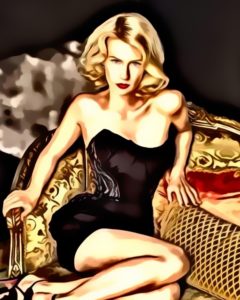 Background: Lacy is Aaron Zephyr’s wife and the daughter of a local construction magnate. Her father is rumored to also be involved in organized crime.

Beneath the Surface: Raised as daddy’s princess, Lacy is used to the good life and expects to be put on a pedestal. For the most part Aaron does that, though lately he’s been strangely distant and less attentive to her needs. If that bastard is cheating on her, she is not going to take it lightly. Did he forget who her father is?

Hobbies: Squash, basketball, hanging out with friends, dancing close to the fire

Background: As a senior financial analyst at Carressa Industries, Aaron lives a posh and comfortable life with his high-maintenance wife, Lacy. He occasionally see Max at meetings.

Beneath the Surface: Aaron is a real people-person, liked by basically everyone and blessed with dozens of good friends. However, behind closed doors he indulges in his baser impulses and then feels guilty about it, engaging in self-flagellation to assuage his guilt. 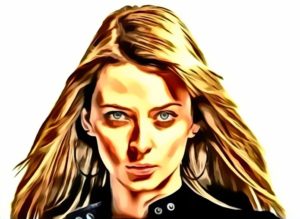 Background: Eleanor has been…around, to say the least. She has a long rap sheet under different names in different places throughout the country. Where she originally came from is anybody’s guess.

Beneath the Surface: Eleanor answers to only two people: Father, who art in Heaven, and Mother, who art on earth. She obeys them without question as they map out her divine path. But what do they want? Only Mother knows. 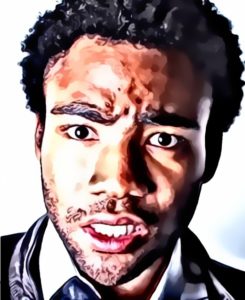 Background: Jamal moved with his family from Georgia to Seattle when he was a teenager. He earned a BA in child development and instruction from Pacific Lutheran University. The Carressas hired Jamal to be their children’s nanny.

Beneath the Surface: Jamal knew all about Val and Max’s bizarre history when he accepted the job to nanny their twins, but he thought that was old news since they’ve been scandal-free for nearly five years. He never expected to be caught up in yet another series of strange occurrences centered around the couple and their exceptional children. All he wants is to make some good money and live to see the day he can score a safe gig at a private boarding school. 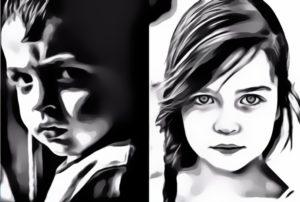 Hobbies: Reading, coloring, interpreting the secrets of the universe through a five-year-old’s POV

Background: Lydia and Simon are the fraternal twin children of Max and Val, born about a year after the couple was married in Fiji. Their parents shower them with love, trying to ensure they have the happy childhoods that neither Max nor Val had growing up. They both inherited their father’s genius-level intelligence, their mother’s grit – and their parents’ strange ability.

Beneath the Surface: Though the children are unusually bright, they’ve also been gifted – or cursed – with the ability to see multiple versions of the future at will, which makes them seem even smarter than they actually are. They’re both extremely rare Alpha seers, like Cassandra, and the reason Max and Val were brought together to begin with. As such, Northwalk will do anything to get their hands on these special children. 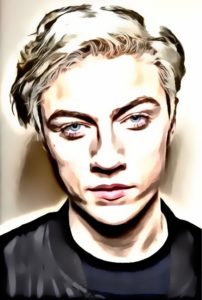 Background: As the son of Northwalk’s ruling matriarch Honora, Julian holds a special place in the top echelon of the organization, along with his sister Claire, as an excellent doer of “odd jobs.”

Beneath the Surface: “Psychopath” is such a strong word; he prefers “mono-emotional.” Unburdened with such useless feelings as compassion and love, he’s able to get a lot done for the organization when the job calls for getting one’s hands dirty. 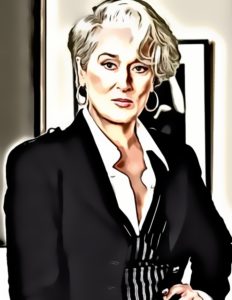 Background: Originating from England, Honora has been in charge of the powerful cabal Northwalk for a long time…almost an inhumanly long time. She rules the organization with an iron fist, directing cells across multiple countries in order to keep tight surveillance/control of the world’s seers.

Beneath the Surface: Everything is a means to an end to Honora, and the ends always justify the means. She will do whatever it takes to stay in power, and she’s smart enough to realize her continued reign is dependent on getting her hands on the young Alpha seers before the rival organization Yongjai can. 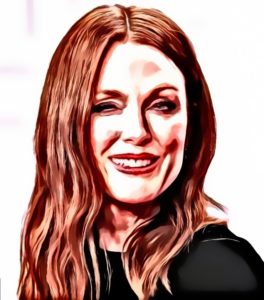 Hobbies: Meditating, camping, crying at the drop of a hat

Background: Dani left her family when Val was just eight years old, moving up to Canada in protest of the first Gulf War. She wandered around the country, and in and out of the US, for the next thirty years, unable to hold down a job or have a stable life as she suffered from mental illness.

Beneath the Surface: Now that she’s finally received adequate treatment for her mental illness, Dani wants to make amends with the family she left behind. Though Val is understandably resentful and reluctant to open up her heart to this virtual stranger, Dani hopes their relationship is salvageable, and would love to get to know her grandkids. 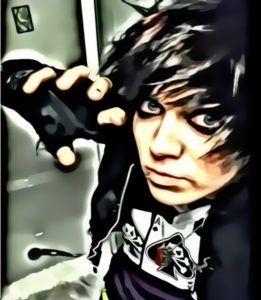 Background: Zach has spent all of his life so far in the Seattle area, where he lives in the suburbs with his mom. After mastering every conceivable hack for his PlayStation 4 and X-Box One, he graduated to building his own supercomputers in his room while covertly hacking other people’s systems for fun, and a little cash on the side. One of his regular clients is the tightly-wound P.I. Valentine Shepherd. Hey, it’s better than working at McDonald’s.

Beneath the Surface: Despite his Goth look, Zach is a good kid who keeps out of trouble in the physical world (the cyber world is another matter…). When he graduates from high school, he plans to work for Google or Microsoft, or maybe another start-up in the area who could use his particular set of skills. Wherever he goes, he needs to stick near his mom. He’s all she has, you know?