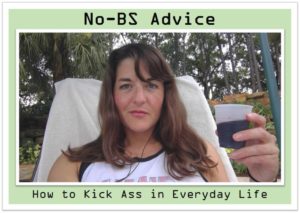 If you, like me, are scared shitless that some human-shaped monster will take advantage of your kids, tell them this and mean it: “No matter what you tell me, I will always believe you.”

It broke my heart to read Olympic gymnast Kyle Stevens’ account of her sexual assault at the hands of Larry Nassar, the sports doctor who assaulted hundreds of girls and young women with impunity for years.

From a recent CNN article:

At 12, [Kyle Stevens] told her parents about the abuse, but they didn’t believe her. The abuse — and their denial — left her feeling brainwashed, caused a split in her family relationship and led to crippling anxiety, she said.

We all know you’re supposed to warn your kids about inappropriate touching of the “no-no square,” but what we don’t realize is how we also instill a sense of taboo around sex that effectively gags our kids when it does happen. Even in today’s day and age, when sex is supposedly “everywhere,” the fact we frame this observation in negative terms means we still consider it a bad thing. “Special victims” in police parlance are victims of sex crimes, meaning we’ve labeled the crime as especially heinous – something has happened to these victims that, we believe, is more damaging than a “regular” crime like a mugging or battery.

Know how sexual predators keep their victims silent? Not with violence or threats or tongue mutilations. It’s with shame.

They rely on their victims not to tell anyone, and it usually works.

Sex is “everywhere,” and it’s “bad.” So how do you counteract the message your kids get from literally everywhere to keep their sexual assault a secret so they don’t have to deal with the stigma? You vow to be their defender, and righteous avenger if necessary, by explicitly taking their side over society’s side. You make that vow by promising to believe them when they tell you something bad has happened to them.

Don’t let some piece of shit sicko think they can get away with messing with your kid. The first step to protecting our children is breaking the code of silence, and that begins with you.

In the spirit of helping everyone reach their full kick-ass potential, I’ve decided to start a new blog feature called “No-BS Advice!” It’s similar to my Night Owl writing advice articles, but shorter and aimed at the epic battles we fight in everyday life.

To kick off the New Year, I’ll start with a piece of advice that’s particularly relevant: Stop trying to lose weight. Just stop it already.

Did you know 97% of people who lose weight via dieting end up gaining it all back? It’s not because all those people are weak-willed chocolate junkies. It’s because their bodies were like “WTF???” and violently protested by jacking up their appetites while lowing their metabolisms to get back to their normal weight.

We see people on television and think those actors are “healthy” weights. But the truth is there is no one-size-fits-all healthy weight, the same way describing how an “average person” looks is unlikely to be accurate for any individual. Everybody’s unique; there has literally been no other person exactly like you on earth. Trying to conform to some generic version of a “healthy weight” is a fool’s errand.

So start the New Year off right by saying “FUCK IT” to losing weight. Instead, focus on eating healthier, exercising more, and ridding yourself of bad habits. If you lose weight in the process, so be it. If not, then believe your body when it tells you you’re just the right size.