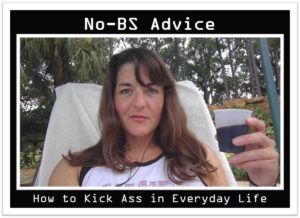 For whatever reason, ultimatums have a bad rap—probably because people presented with ultimatums are usually pissed about it. They feel they’ve been unfairly backed into a corner, blaming the ultimatum giver for leveling threats at them.

But fuck that. An ultimatum is a choice between two courses of action as defined by the ultimatum giver, along the lines of “If you do or don’t do this, I’m going to do this.” There’s usually some kind of major consequence involved, hence the term “ultimatum.”

Life is a series of choices—note that failing to make a choice is also a choice—and an ultimatum is no different. The problem is people often mistake ultimatums for threats. A threat is using fear to force someone to act in a way they normally wouldn’t, ex. “Sign this document or I’ll kill you.” An ultimatum is forcing someone to take responsibility for their actions, ex. “Get help for your drinking problem or I’ll leave you.”

I see to many people stuck in crappy relationships because they think issuing an ultimatum is a shitty thing to do. It’s not! Remember, an ultimatum is about forcing someone to accept responsibility for the things they’ve already done, and you are being forced to act, not them.

So go ahead and issue an ultimatum if the situation warrants it—that is, if you’re ready for a change no matter what. Because you absolutely must follow through on an ultimatum; otherwise, it’s just an empty threat.